Christmas 2018 Lookback
Twittering In On The Act

Twitter was a surprise player in the 2018 Run-Up, but there are now two strong Twitter Christmas traditions that have become staples of the British Christmas. First up is their celebration of #DuvetKnowItsChristmas, a hashtag used to show off the weird, wonderful and downright scary temporary sleeping accommodations that people put up with as houses fill up over the Christmas period. Tying up with the homeless charity Shelter, the #DuvetKnowItsChristmas founder reads out an ode to those who had a place to sleep on Christmas Eve, but maybe wish they hadn’t.

Another Twitter Christmas tradition surrounds John Lewis. Not that one, even though he has the @johnlewis Twitter handle, but a guy who lives over in the USA and gets all sorts of misdirected tweets, having fun with them along the way. It’s now become traditional for the actual John Lewis retail store to send him a crate of goodies every year to thank him for his patience! Twitter marked the relationship with the man himself.
Finally, Vodafone gave us a giggle with a simple gag: Martin Freeman gives an acrobatic ice skating display as a Christmas shopping dilemma is sorted. It isn’t spectacular, but still makes us smile with each viewing. 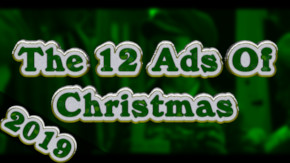 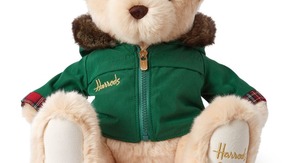